COLLABORATION AND WILDLIFE RESCUE SEARCH IN AN INCINERATED LANDSCAPE AT PEREGIAN BEACH: PHASE 1 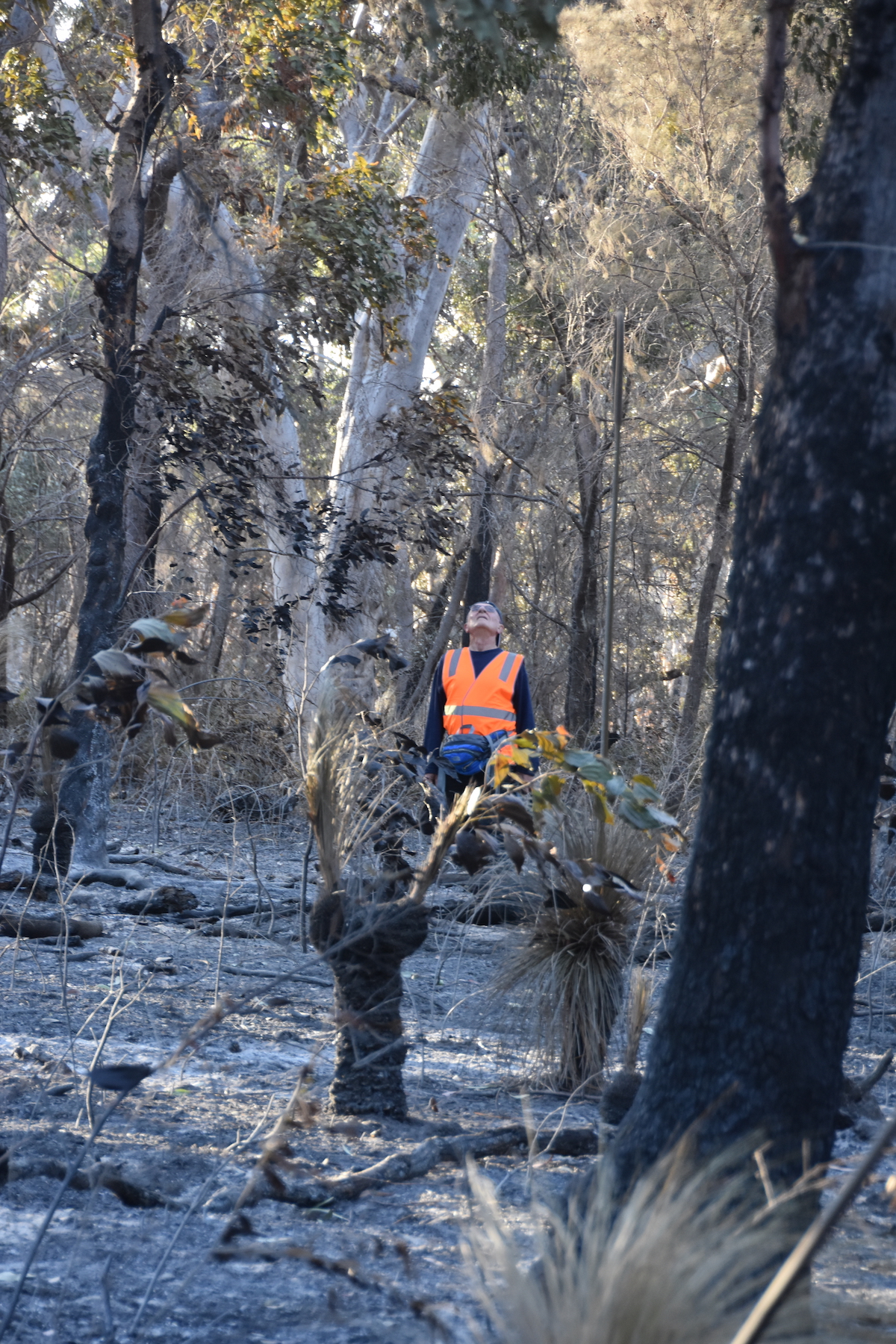 The disaster relief effort to save wildlife was facilitated by the Noosa Council thanks to the efforts of Craig Doolan and the coordination of Rachel Lyons of Noosa and District Landcare Group. Our team worked with QPWS and followed the direction of the Fire Emergency and Police coordinators along the perimeters where it was deemed safe for access. Many areas were still unaccessible due to safety precautions. The grim reality of very few animals found alive was devastating such as skinks, snakes, water dragons, echidnas…

A lone frog, 3 lace monitors scavenging upon a dead bandicoot, a spider making its way through the ashes and a ringtail possum which was rescued from a burnt tree with joey on board and sent to a wildlife hospital were found. 5 starving bats, active during the day were of great concern. The situation is very critical for the bats as they have lost a lot of their feeding trees and need help urgently as some are heavily pregnant too. A local resident, whose house nearly escaped the fire, generously put a large mesh bag filled with fruit in a tree next to where the flying fox were sighted. Water containers were also placed at the bases of trees. Birds were spotted feeding at the edge of the burnt zones and a wallaby and a kangaroo were spotted hopping within the ashes.

Bernard Jean said, “The search ended on friday 13thSeptember as the remaining areas are still inaccessible and peat swamps are too unstable and dangerous due to deep heat retention. This can remain for weeks.”

He states, “We send a huge thank you to the firies and all emergency personnel who heroically kept the fire from spreading northward in known koala habitat. They saved lives and houses and no one was hurt.”

Meghan Halverson states, “Phase 2 of recovery is the watch and wait vigil, as animals will be dispersing and looking for food and water. It is important to keep an eye out and notify a qualified rescuer if you see an injured animal in the Noosa Region. We are so grateful for such a community led response to this tragic early start to fire season.”

if you have any concerns. 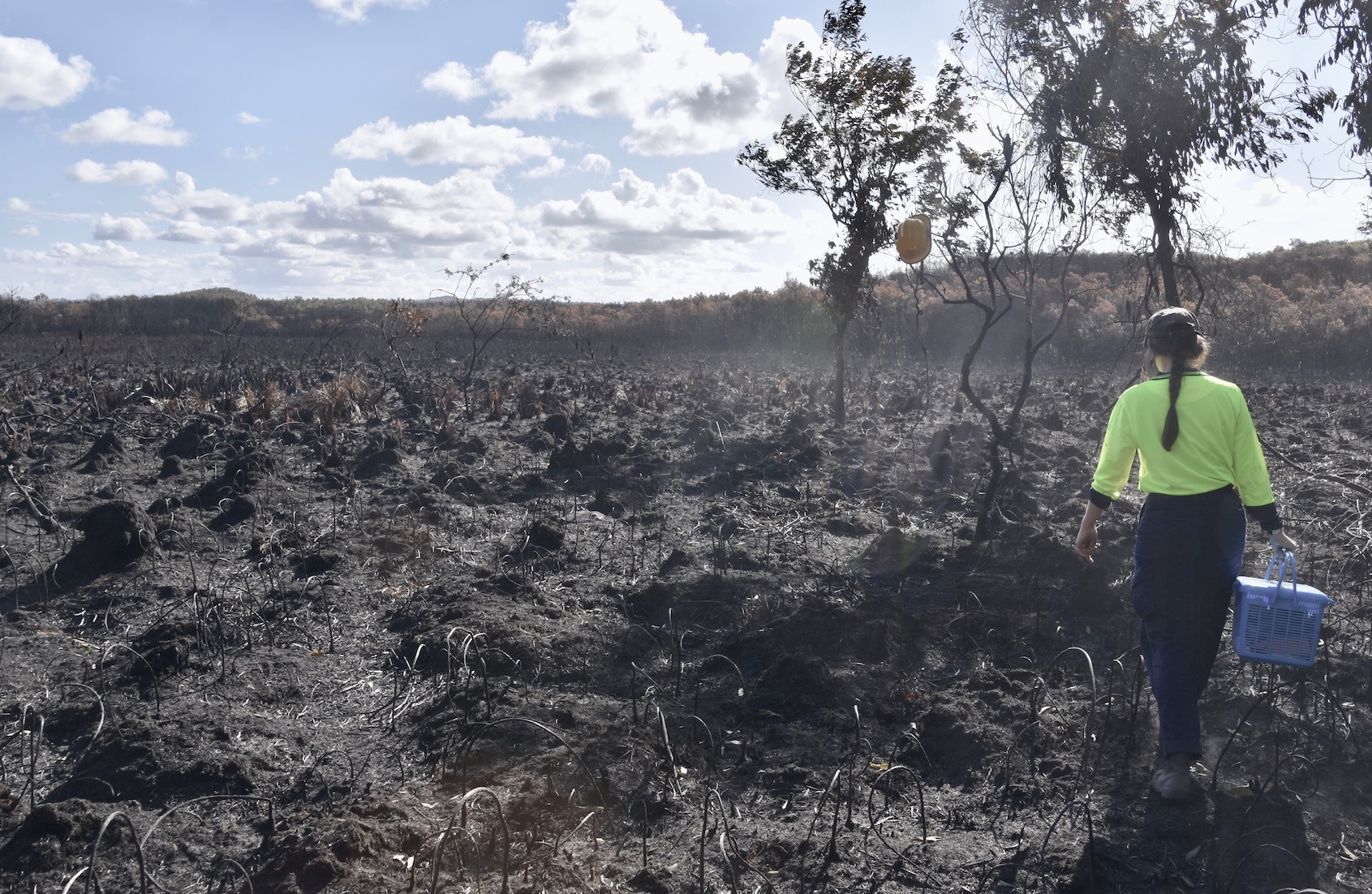 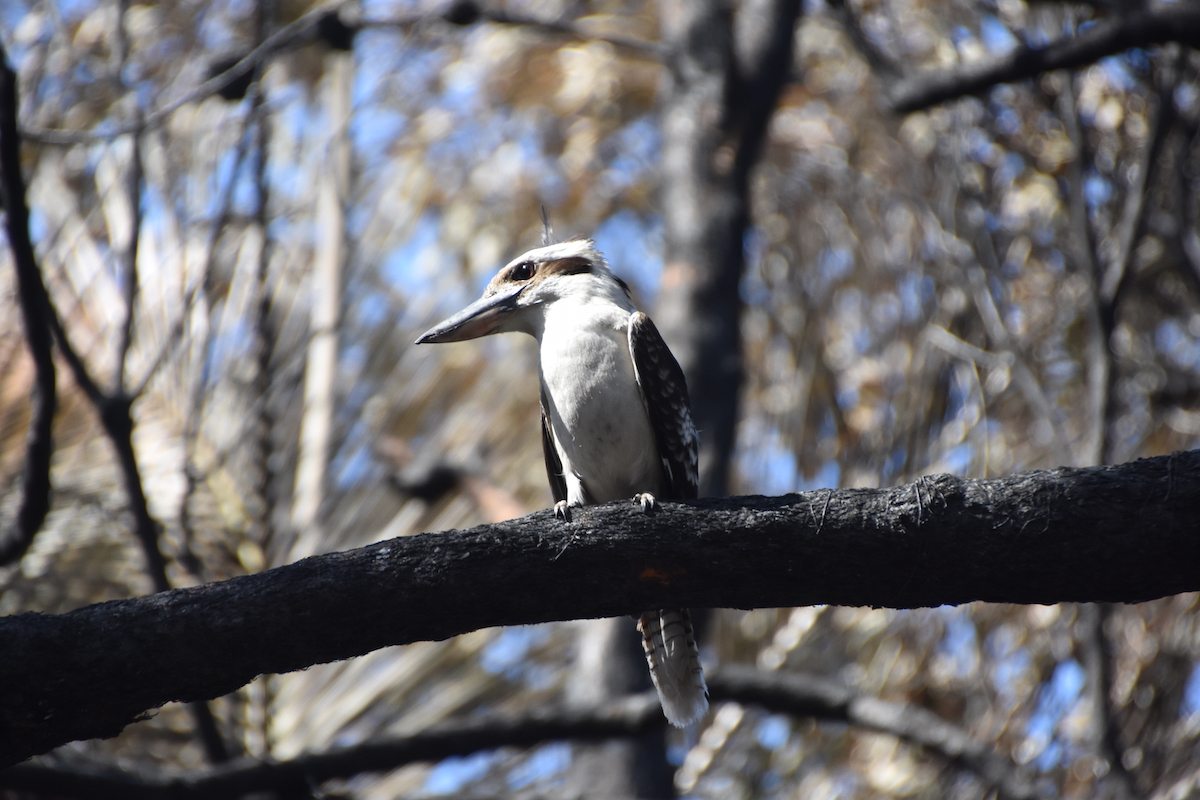 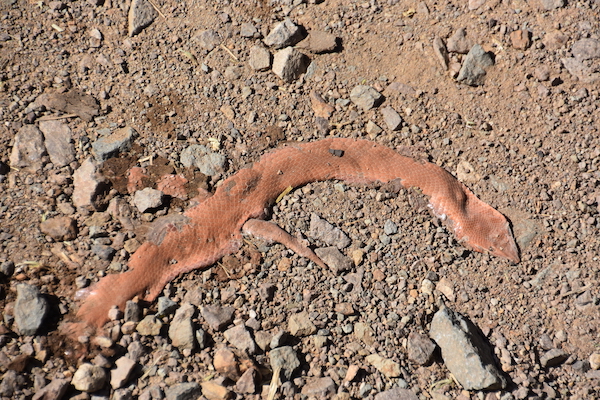 All photos contributed by Meghan Halverson